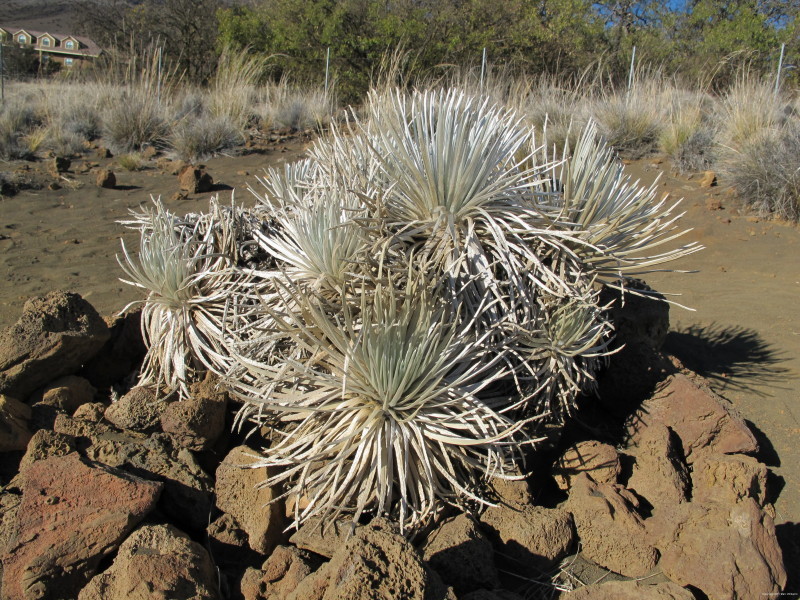 Happy New year plant enthusiasts. Feels good to put this final chapter from last year to bed and look forward to the next progression.

Recently i had the great privilege to visit the Big Island of Hawaii. This is my 49th state of the U.S. to have botanized within. Many adventures ensued and the categories below will apply to the environment of Hawaii for sake of novelty. A departure from the usual Appalachian orientation is even more valid as the temperate U.S. has received copious amounts of snow lately. Not a lot of plant action there. Though, winter botany can be a fascinating sport of its own especially with the woodland diversity of Appalachia in particular.

Follow the links on the scientific names of most plants to find much more information from the USDA site http://plants.usda.gov However, you may notice that the USDA family and order level classification tends to follow the older patterns reflected  in Botany in a Day 5th ed. And other texts rather than recent research vastly redefining many of the families below.

A photo album of plants related to this class can also be found by clicking the link below.

i am very appreciative for the guide book Hawaiiâ€™s Botanical Gardens by  Kevin Whitton (2009) for compact information and insights to gardens i might not have found otherwise. A number of other useful books i found along my travels are cited here in the text. Hawaii is blessed with a rich catalogue of affordable high quality plant guides.

Often when i travel alone i tend to botanize, look at art and prayâ€¦Noticing that many types of life might be considered art by the right lens. Here at my first official prayer stop i also took note of some common Hawaiian landscape plants. It was nice to meet and know the name of the prevalent Snow Bush (Breynia disticha) var roseo- picta Euphorbiaceae. i also saw what was probably the prolific Bay Biscayne Creeping Oxeye (Sphagneticola trilobata  syn Wedelia trilobata) Asteraceae.

This small garden is effectively a nice series of â€œroomsâ€ containing plants from throughout the tropical world. As part of a community center it provides a welcome respite from the bustling traffic nearby.

The palm collection in particular is rather nice. However, they really have a sampling of global tropical plants laid out in a very tasteful and aesthetically pleasing manner. Notable other plants included

i definitely had to look out for bugs like spiders and a multitude of flyers as well.

This is one of the best gardens for ethnobotanical signage that i have ever been to. A kidâ€™s education program consisting of planting natives, weeding invasives and making tropical fruit smoothies was happening concurrent with my visit. They have a great recently published book covering plants of the garden and the legacy of a most extraordinary woman (Greenwell, Lincoln, & Van Dyke, 2009). The garden had a particularly nice selection of Hala (Pandanus tectorius) Pandanaceae The wood of the plant can be used to make textile items while part of the fruits are edible and they can also be used as paintbrushes (Wood, 2010a).

This garden has a special location right by the sea. They have many stunning exotic trees including the Rose of Venezuela (Brownea coccinea) Fabaceae. The garden also contains huge ferns like the Muleâ€™s Foot (Angiopteris evecta) and ornamental shrubs like the Yellow Shrimp Plant (Pachystachys lutea) Acanthaceae. This is a good place to tease apart plants in the Ginger order (Zingiberales). This sweet locale also has a nice waterfall and book describing the gardens and their development.

i feel very fortunate to have visited Kalani which is the workplace of  a dear friend from my time at the Omega Institute in 1997/98. While at Kalani i went on an  awesome plant walk with the head gardener Barcus and also got to practice some dutch with an older couple from the Netherlands. Barcus demonstrated the use of the Autograph Plant (Clusia rosea) Clusiaceae. He also regaled us with traditional folklore and details from the nice aquaponics set up established to grow fish and plants in a continuous system.  Kalani has a published map of plant locations and descriptions. It is an incredible place for many reasons. Established over 35 years ago, it hosts numerous types of workshops, while serving as a model of living in community amongst a multitude of amenities. i probably took note of at least 30 or 40 cool plants at this location alone.

More of a pretty place garden with lots of orchids and tourists riding trams. It also has a really interesting fruit selection and minimal signage. If you walk rather than ride you may have the place mostly to yourself. The head gardener Paul was very friendly and informative. Apparently an acupuncture school will be moving there shortly which will certainly up the appeal even further

This is a nice Japanese style garden dedicated to the sugarcane workers who came over from Japan to work the fields. This is more a place to hang out relax or stroll through. Not too much diversity of planting but i did take notice of the stunning Mickey Mouse Plant (Ochna thomasiana   syn Ochna kirkii) Ochnaceae. This is a fascinating pan tropical family that we will endeavor to serve further in the coming year.

The grass orchid. Huge mimosa trees and a particular fern probably The Pacific False Staghorn (Dicranopteris sp.) all caught my eye. The fern is not native to Hawaii and quickly invades disturbed areas (Pratt, 1998).

One evening i went to a Kava Bar in Hilo and saw the incredible band Medicine for the People www.medicine4thepeople.org. Kava (Piper methysticum) Piperaceae is used in a traditional Polynesian beverage. The effects tend to bring on a bit of numbness and general sense of well being. Over usage is not recommended due to potential harmful effects. It has never been a beverage of choice for me. However, i enjoyed experiencing Kava in a Pacific Island context at an outdoor show on a balmy evening in mid-December.

Numerous things are always blooming on Hawaii somewhere. Below are some of the major plants that are everywhere and hard to miss

Ti Plant (Cordyline fruticosa) is a major plant of Polynesia brought to Hawaii with the Tahitian or Marquesan colonizers. Most guide books put it in the Agavaceae. However, Laxmanniaceae is another family sometimes used and certain placement is still in question.

I got to sample a surprising array of fruits while visiting Hawaii.

A number of greens are still available in the temperate world even in winter and I notice several of them in parts of Hawaii as well. These include Chickweed (Stellaria media) Caryophyllaceae

And numerous members of the Brassica family. Yesterday i picked frozen spinach out in the field in Boone that tasted great after feet of snow and no cover for protection

Koa (Acacia koa) Fabaceae is a special endemic tree of Hawaii. In the photo album on Facebook you can see a number of pictures of the plant as well as signs with ethnobotanical uses.

While visiting a charter school holiday fair i noticed and neat wreath made out of Christmas Berry (Schinus  sp.) Anacardiaceae and what i think what was probably Pukiawe (Styphelia tameiameiae) Empacridaceae The first plant is a terrible and to some a toxic exotic invasive and the other a rather rare indigenous plant of Polynesia.

Golden Dew Drop (Duranta erecta syn Duranta repens) Verbenaceae is a conspicuous plant i noticed throughout my travels on the Big Island. The pretty purple flowers and distinctive orange fruit may ID easy. For the second time in my life i got to see the Jade Vine (Strongylodon sp.) Fabaceae. The first time was in a greenhouse in a cold Dutch spring. It was nice to see it outside growing naturally in a tree.

i feel especially privileged to have met the Silversword/â€™Ahinahina (Argyroxiphium sandwicense) Asteraceae. This is an endemic genus with several species in Hawaii all of them rare. The Silversword was almost extinguished but is now protected and making a comeback (Wood, 2010b). This plant represents an excellent example of island speciation.

i also noticed what looked like quite a bit of Dodder  (Cuscuta) taking over parts of Kona area but it may also have been the similar (Cassytha filiformis) Lauraceae as i only got a look from afar. Kaunaâ€™oa (Cuscuta sandwichiana) is used as the typical lei for Lanai (Hall, 2008).

The annual ASAP conference always signals to me that the growing season is about to begin. This is the traditional time to plant Peas outside and start Brassicas inside if they are not going already

One of the premier conferences of its type in the whole country. The Growerâ€™s school represents a fabulous chance to learn some information, network with like minded folks and enjoy it all for an incredibly affordable price.

Many meads were processed transformed and imbibed around the winter solstice/eclipse especially. i am interested in making numerous batches of straight mead with various different honeyâ€™s but the same culture for a flavor comparison.

Some of the ones now under way in Nor Cal areâ€¦

Haw Creek Wildflower Honey from Asheville via Turtle as an ambassadorâ€¦

This represents a western selection that hopefully we may compare one day to an equally if not more diverse eastern selection of straight honey meads with D47 Culture and nothing else.

Now, i will dive into the families covered by last timeâ€™s suggested reading. Some sections are covered in brief but i would be happy to expound to anyone looking for more specific information.

i have taken to including the current orders that families are ascribed to as defined by the Angiosperm Phylogeny Group II (APG II) in the 2003 issue of Botanical Journal of the Linnean Society, 141(4), 399-436 and presented in three sources (Heywood, Brummitt, Culham, & Seberg, 2007; Judd, Campbell, Kellog, Stevens, & Donahue, 2008; Spears, 2006).  These are the fundamental sources for the stated taxonomy below!

This relationship is sometimes at odds with Elpel. In theory every family he features would line up within their respective orders in an evolutionary progression. Some families are changing orders due to genetic analysis. Some physical characteristics that had previously aligned families or genera have been shown to have evolved in parallel and not be evidence of a direct relationship.

This timeâ€™s class covers one orders included in Elpel and three that are not, the Lily (Liliales), Ginger (Zingiberales), and Yam (Dioscoreales). The Asparagales has been recently formed from families formerly in the Liliales and treated as such by Elpel.  i donâ€™t currently have the information or the time to justify a separate treatment of all the new families split off from the Liliaceae/Liliales. They are all treated under Liliaceae here as per Elpel but will be further separated under the plant families tab on this website in the near future.

The taxonomy of the Lily family has undergone great change in the last 20 years. Many new families have been created from genera that were formerly included in Liliaceae. The following commentary follows the recent sources mentioned above (Heywood et al., 2007; Judd et al., 2008; Spears, 2006).