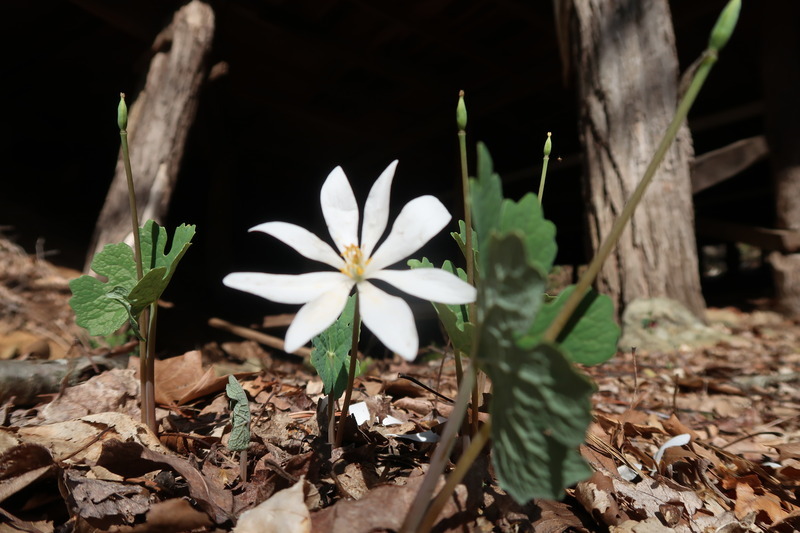 Excited to be starting this year’s class near the beginning of our season for rebirth and renewal or conversely in the south storing up and letting go. Here we have a chance to rekindle our passion for the natural world and plants in particular. This is also an opportunity to collaboratively add to our collective pool of botanical knowledge. This knowledge is a crucial piece to any future sustainability as well as a whole lot of fun when employed appropriately. Grateful you are choosing to spend some of your time with us!

The text for this class is Botany in a Day 6th ed. by Thomas Elpel (2013). This handy resource covers over 100 families and 1000 genera of plants. The majority of all the common plants and many uncommon ones of the northern temperate world are encompassed at least at the genus and family level. Near the end of this year we will discuss further which families are not covered. The most recent edition has more information and an updated classification reflecting a lot of the changes that have occurred over the last ten to fifteen years. Botany in a Day now mostly conforms with the changes wrought by the Angiosperm Phylogeny Group (APG) (Chase & Reveal, 2009; Group, 2009; Haston, Richardson, Stevens, Chase, & Harris, 2009; The Angiosperm Phylogeny Group, 2016). You might want to update and pass along your 5th edition (2004) to some person or organization just beginning their botanical journeying. However, the fifth edition will still be serviceable if you find it to be necessary as your textbook for this course. Many other resources are also cited as the classes are posted to prompt and inspire further study and dependability of information.

The online class here is a continuation of a course Frank Cook offered through email for 9 years. Frank passed away over eleven and a half years ago and i have picked up the torch while also bringing this class to a website format. i strive to continue the work of Frank in a proactive way, honoring his past contributions, current inspiration and the evolving needs of our community of plant people. More on Frank can be found under the About Us tab on this website and at www.plantsandhealers.org. The support of numerous friends has allowed both Frank’s work and my own work to continue. Speaking of friends, i tend to capitalize most parts of plant names. My reasoning is that the plants are just as important as people who always have their names capitalized. However, my name and the i that signify me are not capitalized in remembrance of the need for humbleness.

A complimentary and very active Facebook group by the name Botany Everyday has grown to close to 14,000 people from around the world! Oh Life In The Modern Age… (LITMA) for short. Currently photo albums from each of the later classes will still be posted to Facebook i will be working to move them to a more open platform like flickr as time goes on. Speaking of here is a photo album from this time of year where i live outside Asheville, NC. Would love to see some of your nice and clear pictures too!

7 song, the great Northeastern botanical educator has contributed quite a bit to the Facebook group over time in particular. 7 Song has formally instructed many folks who are now considered amazing teachers in their own right including the afore mentioned Frank Cook, as well as Juliet Blankespoor and Corey Pine Shane among others. 7 Song and i have mostly interacted with each other on plant walks at the annual National Rainbow Gatherings held in a National Forest in a different state each year around July 4th. Further info on the Rainbow Gathering can be found at the following website www.welcomehome.org. Plant walks happen at Rainbow almost every day. All classes at Rainbow are also offered on a voluntary basis. This is one of the best possible chances to learn botany intensively for free. This year it will be held in the Midwest somewhere in Idaho.

i encourage your direct participation in this endeavor. What’s going on around you? The more you read, follow the suggested exercises and provide feedback, the more we will all learn together. We are all busy by default in today’s society. So, feel free to come and goes as needed. Know that the world of botany is always there to explore further. A lot of information is offered. Receive what intrigues you and leave the rest…

My intentions for this year are to integrate Frank’s commentary from past classes more, add more plant family monographs under the Plant Families tab and cover new categories of ethnobotanical/ecological interest in the classes including Spiritual Uses of plants, European plants, Wetland and Carnivorous groups as well as more information and photos for other classes especially featuring a deep expansion of the Neotropical botany class.

All identified species have a distinct two part scientific name that is used by botanists all over the world. The first part is the genus or generic name. The second part is the species or specific name. The genus is always capitalized and the species is not. Both names are usually underlined or italicized. i will try when possible to link the scientific names mentioned to the incredible database hosted by the United States Department of Agriculture http://plants.usda.gov/java/ An example is (Daucus carota). This is the name for the cultivated carrot. The USDA database hosts a plethora of information including pictures, distribution maps, invasiveness, nativity, habitat and some uses. Unfortunately, their taxonomic recognition can be out of date at the family and genus level. Intriguingly, it is incredibly granular at the sub-species and variety level.

Plants that share a genus name are similar but often differ in leaf shape, size, habitat, color, palatability or other characteristics. Plants that have the same species name often look almost exactly the same but may still look rather different due to selective breeding. (Daucus carota) is also the name for the wild plant known as Queen Anne’s Lace.

Modern family names for plants take part of the name of a typical genus in the family and then add aceae to the ending. For example, the name of the Celery (Apium graveolens) family is Apiaceae. i tend to select common names for families that are linked to the typic genus they are named after.

In the notations below sp. = one species and spp. = multiple species of the same genus and neither is capitalized or italicized. Often it is possible to guess whether a plant is edible, medicinal, or poisonous simply by the family it is in. However, this is not always the case. One example is the Celery family mentioned above which contains many vegetables and spices as well as some of the most poisonous plants in the world! Learning the scientific names of plants helps to aid certainty in identification. Many plants that are very different share the same common names such as the Eastern Hemlock tree (Tsuga canadensis) in the Pine family (Pinaceae) and the deadly Poison Hemlock plant (Conium maculatum) in the Celery family.

Approximately 350,000 species of flowering plants have been named in the world. Scientists have grouped these into around 15,000 genera and those are divided into around 400+ flowering plant families. The website www.worldfloraonline.org and a sister site that i find easier to use but is a bit more dated www.plantlist.org are good global authority of the current scientific consensus on classification delineation. Another approximately 35,000 species 200+ families of plants that are precursors to the flowering ones have been named as well. These plants include Conifers, Ferns, Mosses, Hornworts, Liverworts and others.

Importantly… You will know something significant about the majority of plants that you see in the temperate world if you learn the top 30 families around you!!!

When picking wild plants make sure that you get the plants positively identified. The classic saying is “When in Doubt Leave it Out” Know what part to use (Leaves, Roots, Flowers, Fruits). Also know how to use (Fresh, Steamed, Sautéed, Tea, Infused or Tinctured) and what time of year to harvest. It is often easiest to start by going out with experienced people. Green Deane is one of the most known foragers in the USA and he has list of other foraging instructors from around the country at his website as well as a lot of good videos. A good guide is also essential. Cited here are a few sources for the east coast but every region has their own (Brill & Dean, 1994; Duke & Foster, 1999; Horn, Duhl, Hemmerly, & Cathcart, 2005; Peterson, 1978). Good books are typically found pretty easily by sellers online. However, you can look under the reading lists in the linked suggested reading part of the resources section if you want more detailed ideas from the website here. Take the time to know the few really TOXIC plants as much as choice edibles! Don’t pick by roadsides or other chemically intensive areas. If you only need the top then leave the roots of perennials. Don’t over harvest, use all of your senses and give thanks!!!

Thank you for all that have donated to the cause. i encourage everyone to donate as they are able ($100 suggested for the year-long length of the class). Your contributions whether monetary, commentary or energetic greatly help me continue this crucial work of ethnobotanical research and education. This class continues by donation in the spirit of Frank but the benefit of my  $70,000 academic education, let alone the cost of the many thousands of hours of personal travel and experience is reflected here. Please be as generous as possible in the words of Frank “Give what you can receive what you need”

For the next class we will cover pages 1-3 and both inside covers of the text Botany In a Day. It will be posted on Sunday March 28th.

Going to work on posting some video of some blooming plant material in the meantime. Look for some sort of Zoom situation in the coming months as well!