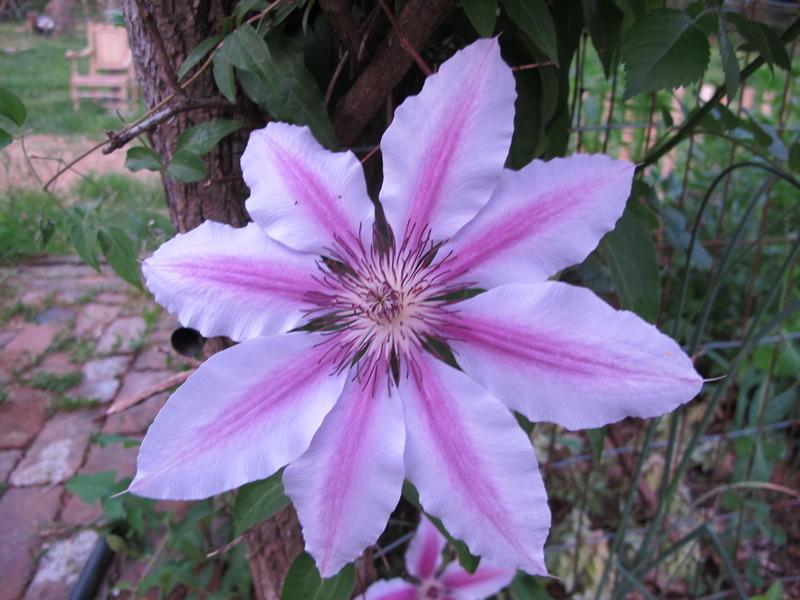 Wow is spring ever springing in southern Appalachia…i have been busy as a bee teaching classes, doing botanical surveying of various properties, working for Plants and Healers International. Still on the search for Morel Mushrooms (Morchella spp.) the most choice fungi of Spring. Found 3 so far... Dryad’s Saddle (Polyporus squamosus) is another second prize fungus people including myself are also finding out in the woods along with the Hemlock Reishi (Ganoderma tsugae). Dryad's Saddle tends to like Box Elder (Acer negundo) in our area and Morels are often found amongst broadleaf trees like Apple (Malus spp.), Ash (Fraxinus spp.) and Tulip Magnolia (Liriodendron tulipifera).

For those in the Asheville, NC area the NC Arboretum has a national collection of all the Azaleas that grow in the southeast. How many plants mentioned above do you have in your area or how many do you recognize by name? What’s blooming around you?

The monocots and dicots are a big separation amongst the flowering plants. Elpel does a great job describing their distinctiveness. Go out in nature and try to figure out which plants are monocots now that you have a bunch of traits to tell them apart. Monocots represent 1/5-1/4 of all flowering plants in the world (Elpel, 2013; Spears, 2006). What is the ratio around you at this time of year?

The exception rather than the rule is for monocots to be edible. One exception is the Grass family (Poaceae) where most of our grains come from. Which members of the grass family do you regularly consume? Another major monocot food family is the Palms (Arecaceae) from which we get Dates, Coconuts and the product of sometimes incredibly environmentally destructive practices known as Palm oil and Hearts of Palm as well as some other more minor crops (Balick & Beck, 1990; Bernal, Galeano, García, Olivares, & Cocomá, 2010; Craft, Riffle, & Zona, 2012; Ellison & Ellison, 2001; Haynes & McLaughlin, 2000; Mayfield, 2005; Pye & Bhattacharya, 2012; Sylvester & Avalos, 2009; Sylvester, Avalos, & Fernández, 2012; Van Wyk, 2005).

Members of the Onion genus Allium were formerly put in their own family the Alliaceae but now are in the Amaryllidaceae. The Day Lily (Hemerocallis fulva) from the Hemerocallidaceae is another edible monocot. However, many taxa from the monocots are deadly poisonous. Even the Day lily mentioned above that has been consumed for thousands of years in Asia can cause intestinal upset in a small percentage of people. The devil is in the details! Ramps (Allium tricoccum) which are popular in Appalachia this time of year look very similar to the deadly Lily of the Valley (Convallaria spp.). They are also in threat of overharvest and probably need to be more intentionally cultivated than wildcrafted as well (Bentrup, Chamberlain, & Kellerman, 2011; Chamberlain, Bush, Hammett, & Araman, 2002; L & Chamberlain, 2009). Concerns have been expressed in various outlets from the Huffington Post to the Chicago Tribune. Purdue University has some good information on cultivation.

What other Monocot foods can you think of off-hand or by researching? There are certainly some other important ones out there though the poisonous nature of many members begs one not to assume and go slow…

On page 15 in the 5th ed. Elpel explores the idea of floral evolution. This happens on page 17 in the 6th ed. The basic idea is that plants started with many separate parts in their flowers i.e. Magnolias (Magnoliaceae) and Buttercups (Ranunculaceae). Plants have evolved over time to a fusion and modification of parts that can be seen in young families like the Orchids (Orchidaceae) and Asters (Asteraceae). Interesting that these are two of the youngest families in the world and yet they are also the biggest. Each has close to 9% of the total number of global flowering plant species! Why do you think this is? Seems intuitive that the oldest families would have the most members due to more time for evolution eh?

Several families including most of the ones covered here can still be referred to properly by their old names which just end in ae and often are linked to flower or fruit form (Heywood, Brummitt, Culham, & Seberg, 2007).  See both family names next to each other in the following breakdown.

The Brassicas (Brassicaceae/Cruciferae) are very prolific and represent one of the most choice and nutritious families for greens in the temperate world. They are relatively easy to know due to distinctive four petaled flowers, different sized stamens distinctive tastes and smells. They also are known to potentially take up heavy metal pollution when present.

The Mints (Lamiaceae/Labiatae) are probably one of the easiest families to get to know and also one of the most useful to people and insects. However, i would add the Coffee family (Rubiaceae) and Nettle family (Urticaceae) to the list of families that can have square stems as well as other families in the Mint order (Lamiales). These order mates of Mint include the Verbena family (Verbenaceae) and the Mullein family (Scrophulariaceae).

Elpel takes on the Lilies (Liliaceae) next. He alludes to how much the family has changed. This is a family with some foods but also some deadly poisonous members as mentioned above. Look under the plant families tab of the Botany Every Day website for an updated treatment of how this family is now characterized and ethnobotanical uses. The 6th edition of Botany in a Day also does a good job of describing the dissection of this formerly lumped together grouping.

The Mallow family (Malvaceae) has some of the most distinct flowers in the world. Therefore, this is a very easy family to ID when blooming. It is also a rather gentle family in relation to toxicity. i take some exception that of over 1,500 species that Cotton is the only one with toxic properties, but i also have not seen any information on other toxic ones yet. Okra (Abelmoschus esculentus) is not a type of Hibiscus as Elpel states in the 5th ed.

The Rosaceae is the number one family for temperate fruit and rather easy to identify in tree and shrubby forms. Smaller plants in the family can sometimes be confused with members of the typically poisonous Ranunculaceae family. This is a good family to learn about the phenomenon of stipules (leaf like appendages occurring where the leaf petiole meets the main stem).

The Poaceae as stated above is a major food family. Probably almost all the members could be used for their grain in a pinch. Gluten is a protein fraction contained only within some members native to Africa, the Middle East and Mediterranean as far as i know.

The last page from this class in the 5th ed. is a little quiz. How’d ya do? What if anything was confusing for you? Thomas substitutes a description of how and why scientific names change in the 6th ed. It is important not to get too stuck on names staying the same. Frank Cook was fond of saying that knowledge is a wave and always changing. We just have to ride it the best way we can. That said we are probably getting closer and closer to a set in place system with the advent of genetic studies overlaying the work of morphologists who have formerly classified everything based mostly on fruit and flower types.

The next class will be posted around May 18th and will cover the pages 25-36 5th ed and 23-35 6th ed. These are the keys that Elpel uses to put plants into their respective families. It might be easy to be overwhelmed by the density of information on these pages. Slowly slowly….Just glance over it periodically over the next couple of weeks rather than try to absorb it all right away. See if you can get some major patterns to stick.

Read the descriptions both in the reference section of Botany in a Day and under the plant families tab at this website for the 7/8 plant families covered in the primer.