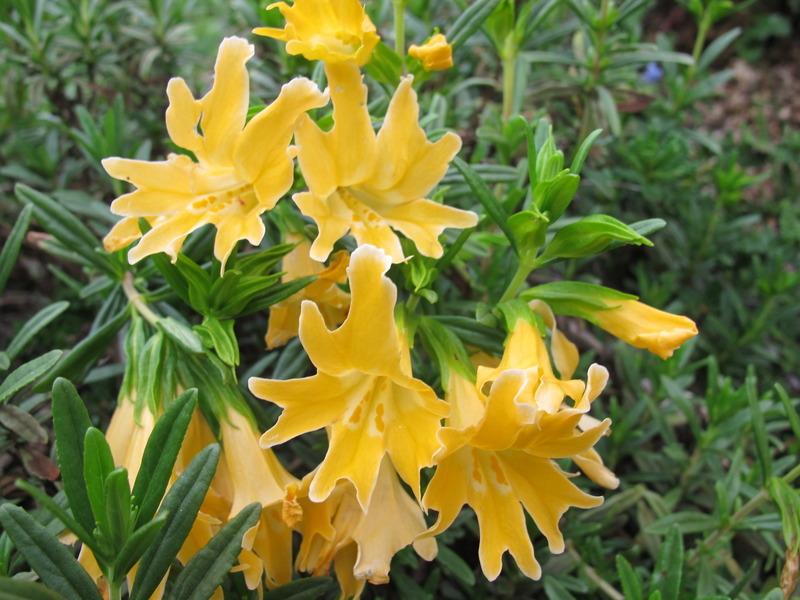 Wow is spring ever springing…I have been busy as a bee teaching classes, catering wild foods meals and today picking flowers for the inauguration ceremony of the 7th president of my alma mater Warren Wilson College…

We will be premiering a 10 minute tribute film made to honor Frank Cook’s legacy both in Nevada City, CA and Asheville, NC tomorrow. See the website www.plantsandhealers.org for more details.

The monocots and dicots are a big separation amongst the flowering plants. Elpel does a great job describing their distinctiveness. Go out in nature and try to figure out which plants are monocots now that you have a bunch of traits to tell them apart. Monocots represent 1/5-1/4 of all flowering plants in the world (Elpel, 2004; Spears, 2006). What is the ratio around you? The exception rather than the rule is for monocots to be edible. Members of the onion genus Allium from the Alliaceae and Hemerocallis fulva from the Hemerocallidaceae are a few edible members but many members from the monocots are deadly poisonous. Ramps (Allium tricoccum) which are popular in Appalachia this time of year look very similar to the deadly Lily of the Valley (Convallaria majalis). The Grass family (Poaceae) is also in the monocot group and one of the most important food families in the world!

On page 15 Elpel explores the idea of floral evolution. The basic idea is that plants started with many separate parts in their flowers i.e. Magnolias (Magnoliaceae) and Buttercups (Ranunculaceae). Plants have evolved over time to a fusion and modification of parts that can be seen in young families like the Orchids (Orchidaceae) and Asters (Asteraceae). Interesting that these are two of the youngest families in the world and yet they are also the biggest each having close to 10% of the total number of global flowering plant species. Why do you think this is? Seems intuitive that the oldest families would have the most members eh?

Page 16 gives an overview of families. i would only qualify by saying that we have more like 150-200 flowering plant families in the temperate world rather than the 100 that Elpel refers to.

Elpel includes an overview of seven major plant families to whet your appetite for understanding major patterns. Several families including most of the ones covered here can still be referred to properly by their old names which just end in ae and often are linked to flower form (Heywood, Brummitt, Culham, & Seberg, 2007).

The Brassicas (Brassicaceae/Cruciferae) are very prolific and represent one of the most choice families for greens in the temperate world. They are relatively easy to know due to distinctive four petaled flowers, tastes and smells.

The Mints (Lamiaceae/Labiatae) are probably one of the easiest families to get to know and also one of the most useful to people and insects. However, i would add the Coffee family (Rubiaceae) and Nettle family (Urticaceae) to the list of families that have square stems as well as other families in the Mint order (Lamiales). These order mates of mint include the Verbena family (Verbenaceae) and the Mullein family (Scrophulariaceae).

The Pea family (Fabaceae/Leguminosae) tends to have very distinctive flowers as described and illustrated by Elpel. i would point out that in the Southern hemisphere where most members grow they sometimes segregate the family into three including the Fabaceae, Mimosaceae, and Caesalpiniaceae. Also this family has grown and is now considered to have over 700 genera and 19,000 species (Heywood et al., 2007; Spears, 2006). Over 30 tribes are now recognized and more than 20% of species in the family fall within the two genera Astragalus and Acacia alone!

Elpel takes on the Lilies (Liliaceae) next. He alludes to how much the family has changed. This is a family with some foods but also some deadly poisonous members. Look under the plant families tab for an updated treatment of how this family is now characterized and ethnobotanical uses..

The Mallow family (Malavaceae) has some of the most distinct flowers in the world. Therefore, this is a very easy family to ID when blooming. It is also a rather gentle family in relation to toxicity. i take some exception that of over 1,500 species that Cotton is the only one with toxic properties, but i also have not seen any information on other toxic ones yet. Okra (Abelmoschus esculentus) is not a type of Hibiscus as Elpel states.

The Asteraceae/Compositae is a hugely humbling family. Frank Cook was fond of saying that 1 in 7 plants in North America are from this family (Elpel & Cook, 2006). A less flattering way to consider them is the Darn Yellow Composites (DYC’s). The flowers from this family are very distinct and well worth slowing down to appreciate with a magnifying loupe. Check out the monograph under the plant families tab for a more complete treatment of what this diverse group brings to the table.

The last page in the book from this class is a little quiz. How’d ya do? What if anything was confusing for you?

For the next class we will cover the pages 25-36 which are the keys that Elpel uses to put plants into their respective families. It might be easy to be overwhelmed by the density of information on these pages. Slowly slowly….Just glance over it periodically over the next couple of weeks rather than try to absorb it all right away and try to get some major patterns to stick.

Read the descriptions both in the reference section of Botany in a Day and under the Plant Families tab at this website for the 7 plant families covered in the primer.

Make a meal including some wild foods and tell me what you decided to put in it.